"The D40 model was introduced at the 2004 North American International Auto Show. It uses the new Nissan F-Alpha platform and exterior body styling resembles that of the company's full-size Nissan Titan truck.

Suzuki sold a Frontier-based mid-sized pickup produced by Nissan North America at the Smyrna plant.[27] The truck debuted at the 2008 Chicago Auto Show as the Suzuki Equator.[28] For 2009 the Frontier received a facelift with more options, colors, and new wheels. The Nismo model was replaced by the PRO-4X model. Suzuki discontinued the Equator in 2013, as part of the shutdown of their American passenger car division.

In 2012, production in the United States was shifted from Smyrna, Tennessee to Canton, Mississippi.

Sales of the PRO-4X model continue in Mexico.[29]" 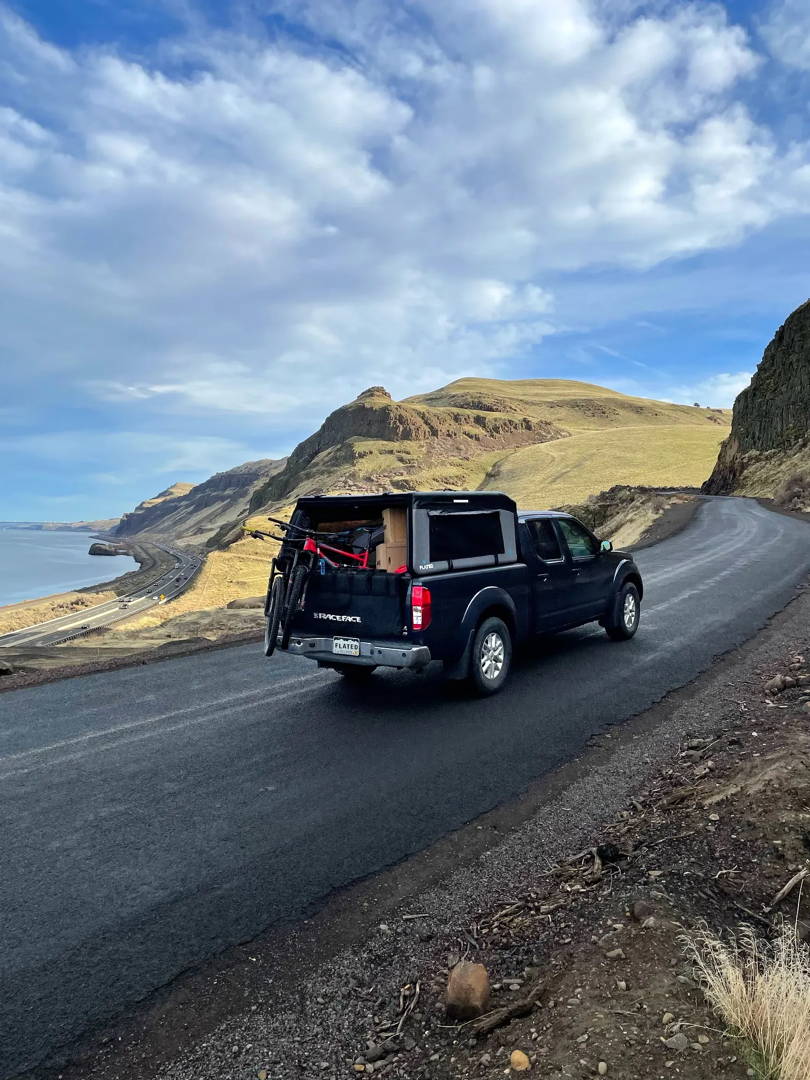 The vehicle in the photo is owned by former professional kayaker Alex Hotze. He is a friend of the founders at FLATED and quickly orderdered one for his Nissan Frontier when they first became available. While Alex still gets in the Kayak, he is now focused on running as business and raising a family. He saw huge value in the Air-Topper for family road trips to pretct their gear in transport and being able to sleep in it while in the backcountry. 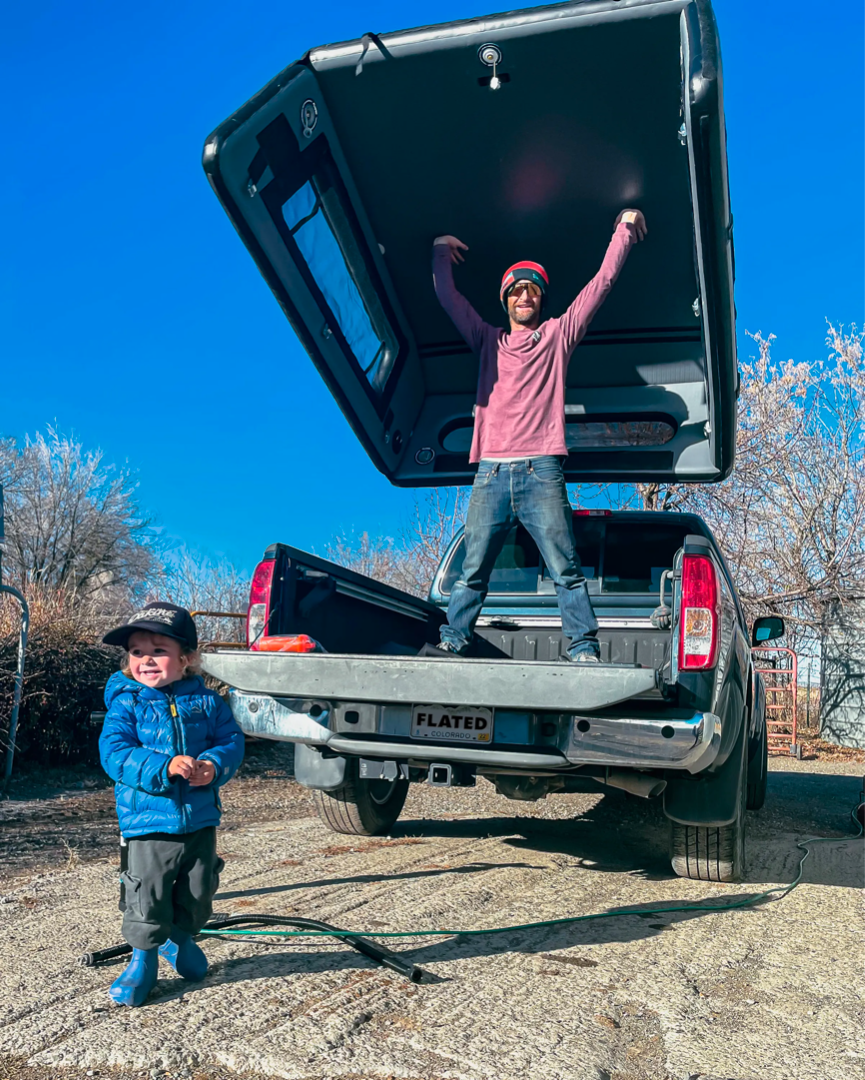 "I was a bit skeptical when UPS dropped the box off at our house. I could not see how a topper could break down and fit in a box of that size. We immediatly opened it, inflated it and installed it in less than 30 minutes. The whole family was blown away by how sturdy it was. We ordered it right before a road trip from our home in Colorado to the Oregon coast. The Air topper performed as described. Keeped our gear dry and out of eye sight. We drove over 4000 miles on that trip and when I got back I just deflated it and I could use my open truck bed for work again" -Alex Hotze 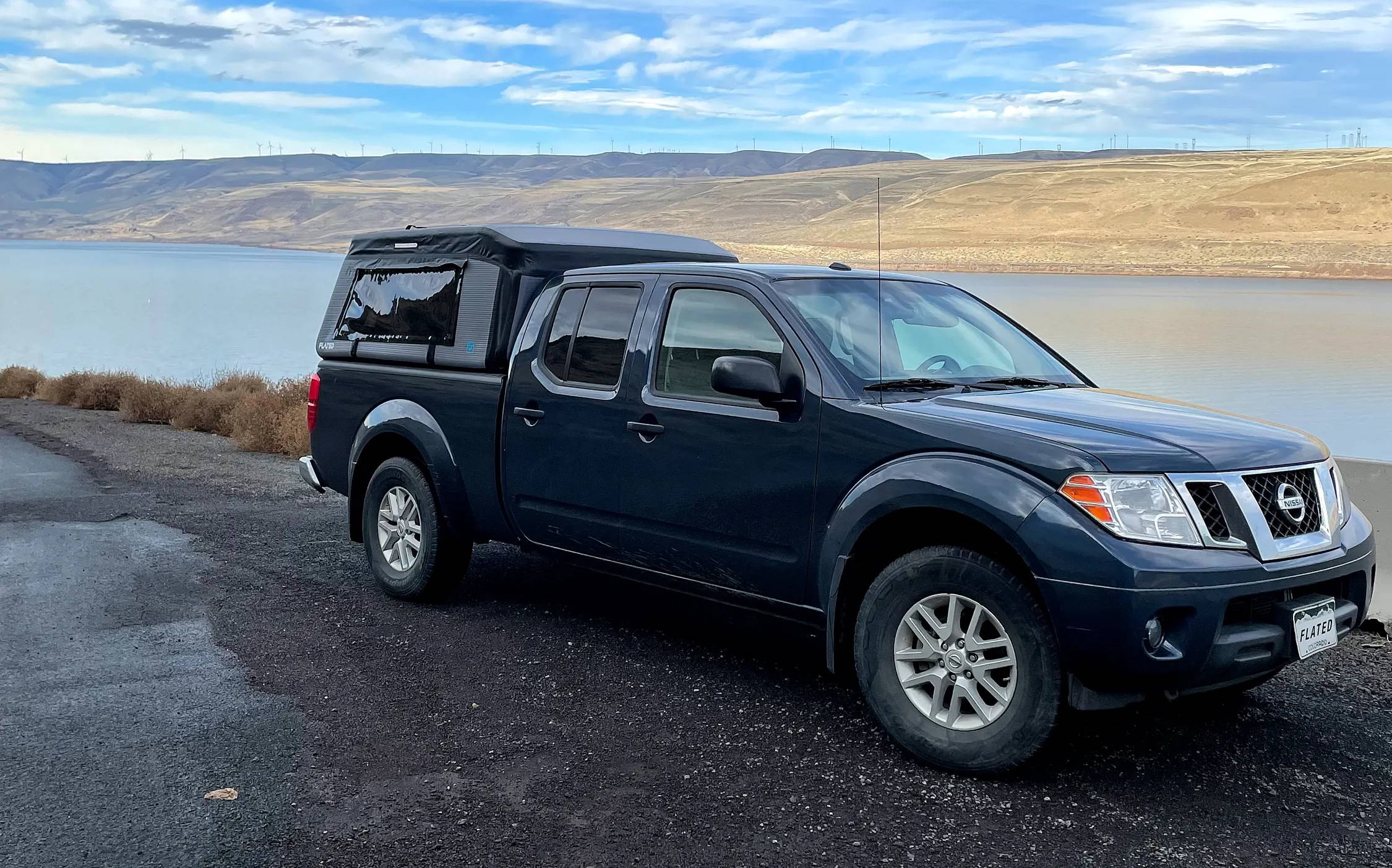 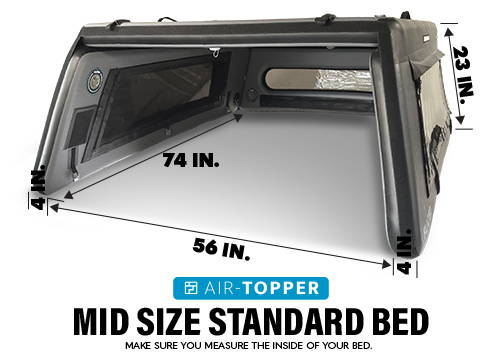